Driverless cars now out-perform skilled racing drivers, engineers at Stanford University have shown, after pitting their latest model against a track expert.The team has designed a souped-up Audi TTS dubbed ‘Shelley’ which has been programmed to race on its own at speeds above 120 mph at Thunderhill Raceway Park in Northern California.When they tested it against David Vodden, the racetrack CEO and amateur touring class champion, Shelley was faster by 0.4 of a second.

To get the cars up to speed, the Stanford team have been studying drivers, even attaching electrodes to their heads to monitor brain activity in the hope of learning which neural circuits are working during difficult manouvres.And they have used the results to make a car that can drive even better than expert motorists. They predict that within the next 15 years, cars which can drive with the skill of Michael Schumacher could be driving children to school. 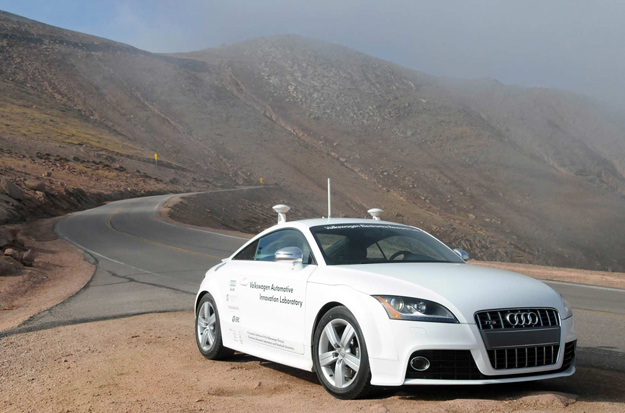