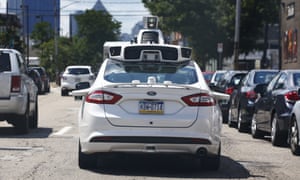 Not every self-driving car company is a hi-tech unicorn eager to disrupt the status quo. The latest firm to invite journalists to experience its autonomous technology is the epitome of traditional car manufacturing: Ford.

On its sprawling campus in Dearborn, Michigan, the century-old company is trying its hardest to look and act like a new startup. In March, Ford launched a subsidiary called Ford Smart Mobility (FSM) to develop in-car connectivity, ride-sharing and autonomous technologies. FSM is designed to compete like a startup, with the aim of translating Ford’s decade of work in autonomous systems into real products.

At its first public autonomous vehicle demos, young engineers and entrepreneurs were enthused about reinventing our traffic-clogged cities.

“We’re rethinking our entire business model,” said Mark Fields, Ford’s CEO. “It’s no longer about how many vehicles we can sell, it’s about what services we can provide. We understand that the world has changed from a mindset of owning vehicles to one of owning and sharing them.”