Amazon has been awarded a patent for a technology that would enable driverless cars and trucks to navigate reversible lanes.

The patent, which was originally filed in November 2015 and granted yesterday, reveals that the company is working on not only driverless cars but the infrastructure that would support them.

It deals with the problem of how autonomous vehicles would navigate reversible lanes, which are typically used in US cities to ease congestion through changing the direction of traffic flow.

When navigating a reversible lane, drivers are alerted to the change of direction through overhead signals and lights notifying which lanes are open or closed to driving or turning.

"Additionally, an autonomous vehicle may be unaware of an optimal lane at which to enter a roadway that has reversible lanes." 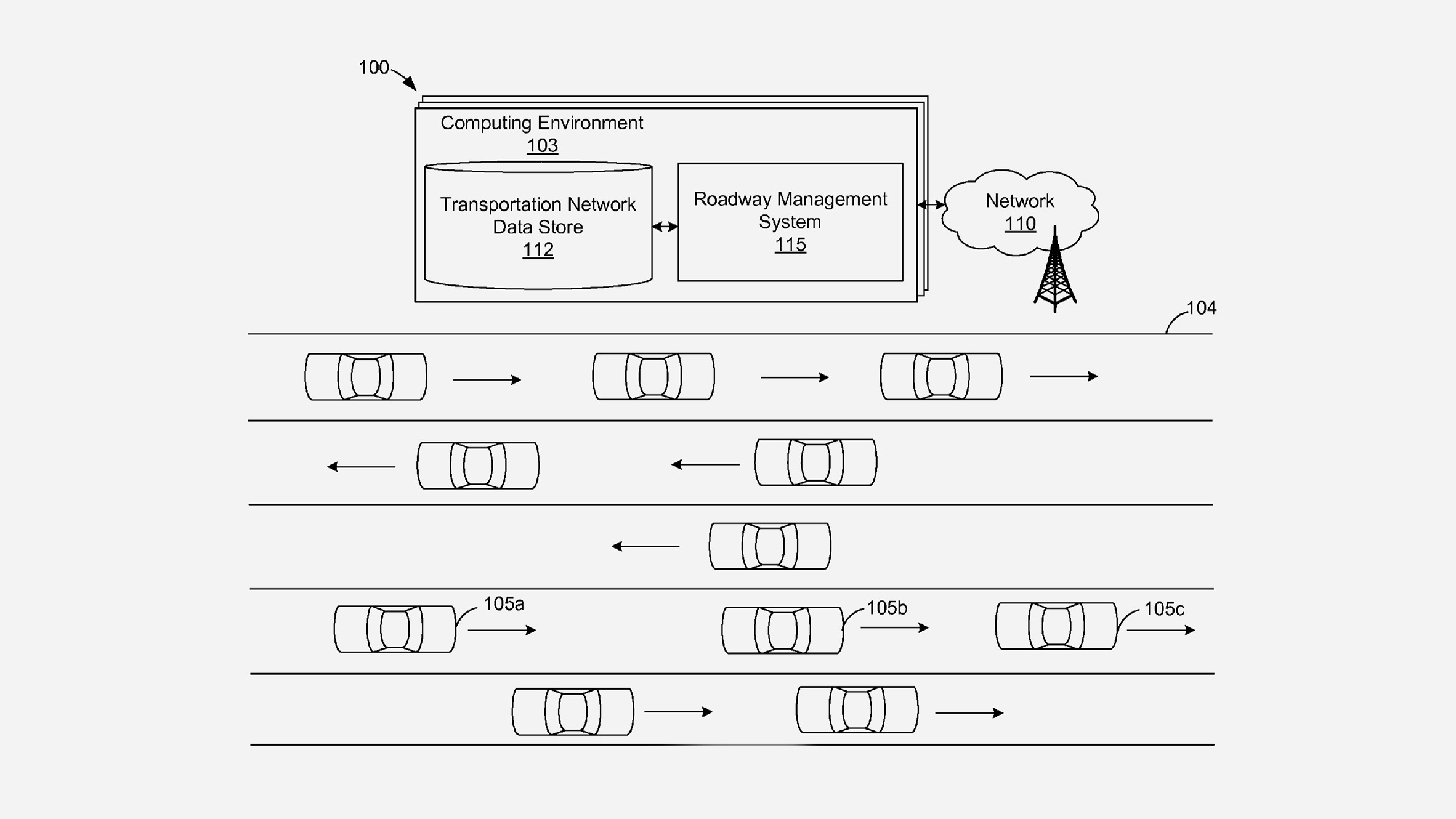