Last Wednesday, U.S. Department of Transportation Secretary Anthony Foxx announced a new advisory committee on autonomous vehicles. The committee’s mission: develop recommendations for how automated technology can transform the way we move people and goods, on our roads and railroads and in our airspace.

Thinking about autonomous vehicles holistically is to be applauded. Yet automation on land still seems to dominate the conversation. You’ve likely seen the headlines about driverless cars, buses, and trains: Tesla launches Autopilot and Elon Musk proposes the Hyperloop. Google’s driverless car logs 700,000 miles on the roads of California and Nevada. Toyota, BMW, Daimler, and others invest billions in technologies that could allow humans to take their hands off the wheel.

1. We can design low-altitude airspace for drones, not humans.

From the very beginning, our network of roads, highways, bridges, and overpasses has been built on the premise of human drivers. The roadways are static, the street signs are static, and traffic flows much as it did when the first roads were mere dirt paths.  If we designed our cities anew today, we’d create a fundamentally different traffic system: cloud-based and capable of microscale adjustments to efficiently manage millions of cars in constant communication with each other and the network. 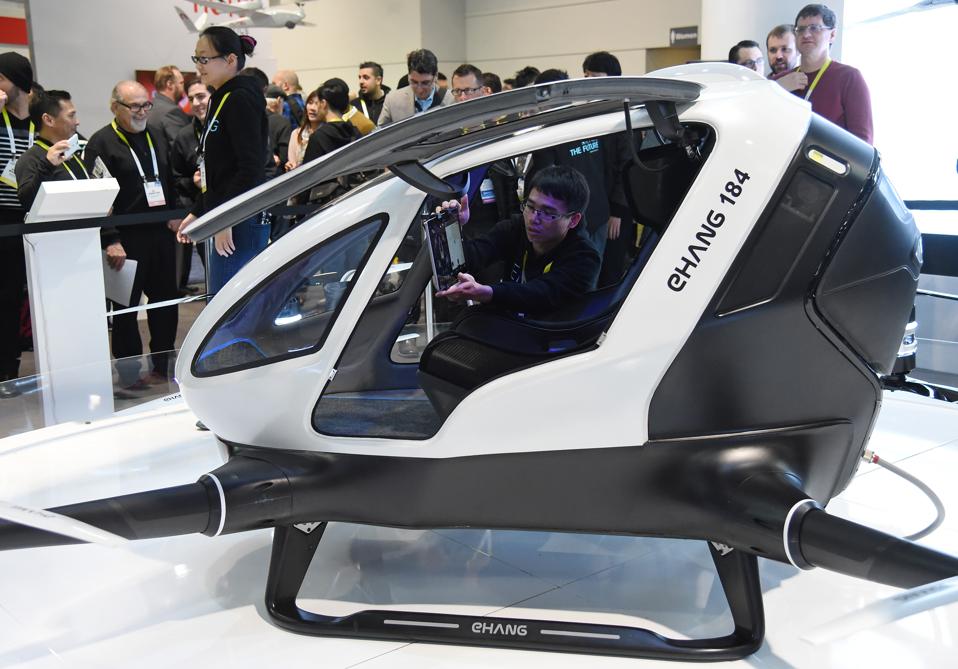 LAS VEGAS, NV - JANUARY 07: An EHang 184 autonomous-flight drone that can fly a person is displayed at CES 2016.  The 18-foot-long, 440-pound drone can fly up to 63 mph for 23 minutes and go about 20 miles. It can carry one passenger who does not need to pilot the drone. Once a destination is entered, only a take off or land button needs to be pushed to travel. (Photo by Ethan Miller/Getty Images)

An onboard driverless navigation system isn’t enough to make a car autonomous; these vehicles will also need help from high definition maps, real-time road capture via computer vision, an integrated network that connects each car with other driverless vehicles, and a constant flow of information about obstacles, hazards, and traffic. And as driverless cars come online, they won’t be replacing human-operated cars altogether. Instead, they will be sharing the roads…and with human drivers comes human error. Safe, autonomous driving will be difficult to accomplish until every car is a driverless one.

Commentaires sur Four Reasons Why Drones, Not Driverless Cars, Are The Future Of Autonomous Navigation