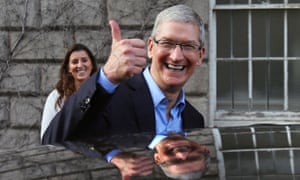 Tim Cook confirms tech giant is working on ‘autonomous systems’, but is tight-lipped on whether it is making its own vehicle.

Apple has shed new light on its top-secret driverless car project, as chief executive Tim Cook described the challenge of building autonomous vehicles as “the mother of all” artificial intelligence projects.

Cook said Apple was ploughing resources into developing technology to control driverless vehicles, although he refused to rule out the Silicon Valley firm building its own car at some point. The Apple boss spoke as shares in his company and other US tech firms came under pressure this week amid investor concerns that a sector-wide boom is losing steam.

Cook attempted to restore faith in Apple’s ability to strike out into new territory by giving his most detailed comments yet about a car venture that has been shrouded in secrecy. 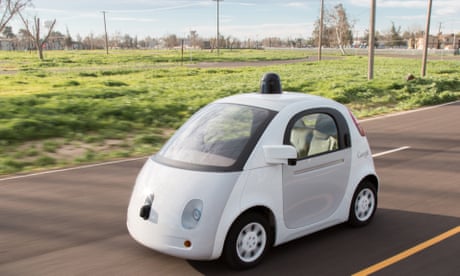 “We’re focusing on autonomous systems,” said Cook in an interview with Bloomberg TV. “Clearly one purpose of autonomous systems is self-driving cars. There are others. We sort of see it as the mother of all AI [artificial intelligence] projects.” He added: “It’s probably one of the most difficult AI projects actually to work on.”

When reports of Apple’s interest in cars started to emerge in the media, it was initially thought that the company was going to challenged the automotive giants of Detroit, which are racing to build their own self-driving cars.

But the spectrum of Apple’s ambitions narrowed last year after Apple veteran Bob Mansfield was put in charge of the programme, dubbed Project Titan.

While Cook was cagey about how Project Titan will evolve, his comments suggest that Apple’s primary focus is on AI technology that could be sold or adapted for use in other industries.