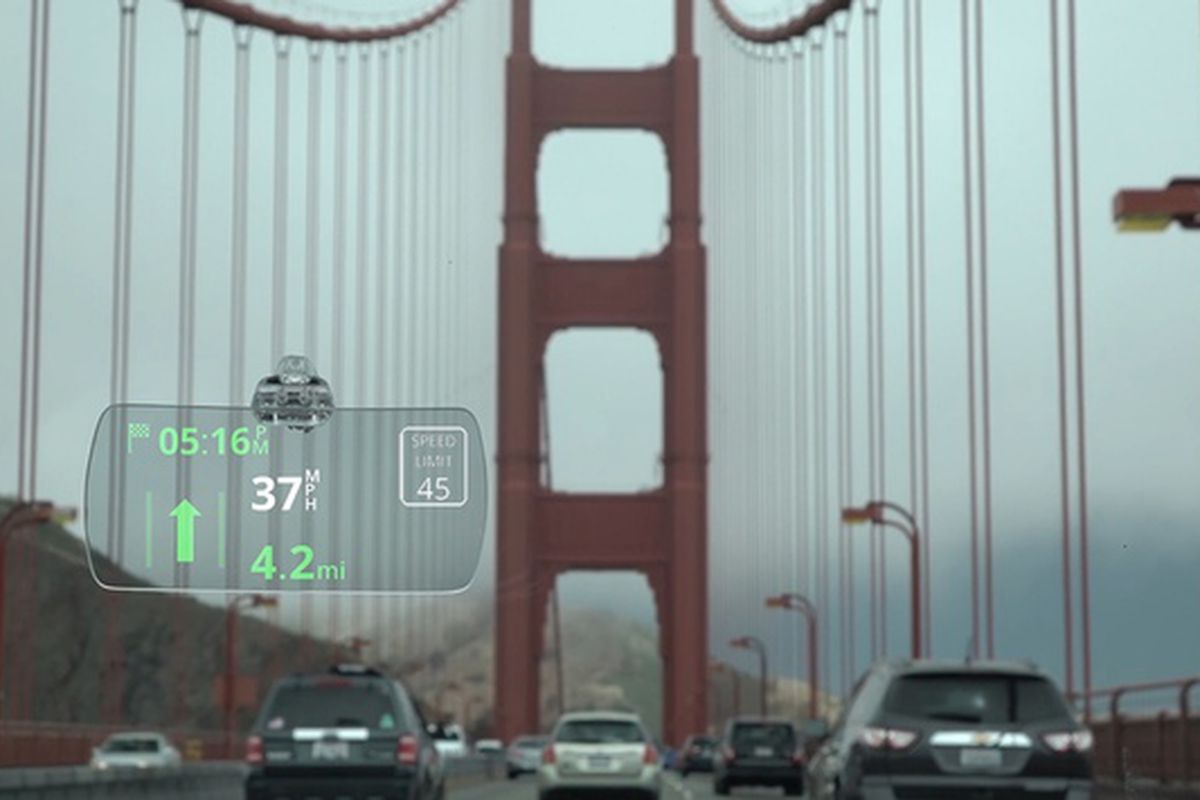 Heads-up displays or HUDs are one of the best features in newer vehicles, as they allow drivers to keep their eyes focused on the road instead of on their in-dash navigation or their smartphone running Google Maps. Now, Hudly is looking to bring that technology to drivers whose vehicles don't currently support the feature with its aftermarket HUD.

Hudly is a three-part system featuring a projector, transparent display, and a plug-in for the OBD-II Data Link Connector, which is standard on every vehicle built after 1996. The company says the system can mirror your iPhone and Android phones using an HDMI connector (you'll need an adapter), allowing you to display your apps and turn-by-turn directions on the HUD. It can also display vehicle information collected from the OBD-II including your speed, fuel gauge and efficiency (MPG), and the outside temperature.