By any measure, Uber’s seven-year entrepreneurial journey has been extraordinary. No venture has ever raised more capital, grown as fast, operated more globally, reached as lofty a valuation -- or lost as much money as Uber.

Last month, Uber reported a third-quarter loss of nearly $1.5 billion, bringing its 2017 year-to-date red ink to $3.2 billion. Losses of this magnitude are clearly not sustainable, and call for an explanation of why Uber has been unable to rein in ballooning costs and what it will need to do to survive, let alone prosper. 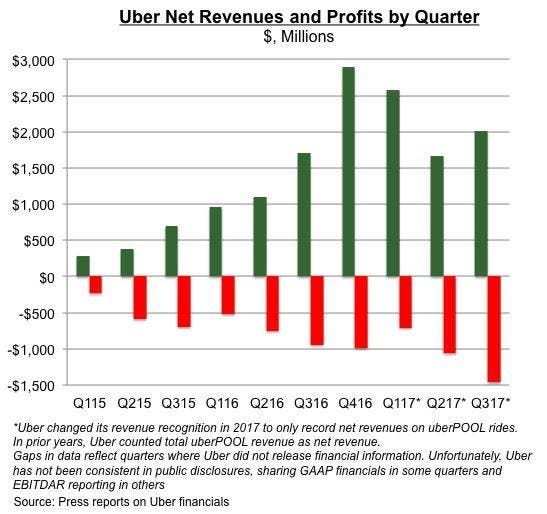 Much of the recent discourse on Uber has focused on the numerous unethical and possibly illegal corporate behaviors that continue to dog the company, six months after founder Travis Kalanick resigned as CEO. But while the reputational damage from Kalanick’s win-at-all-costs ethos has certainly not helped Uber’s cause, it has masked a far deeper problem facing the company. Uber’s elephant in the room is that its business model is fundamentally broken. To understand why, it is useful to assess Uber’s business model in the context of the history of the taxi industry.

Shortly after launching an app-hailing black car limo service in San Francisco in 2010, Uber founders Garrett Camp and Travis Kalanick recognized the potential to disrupt the $100 billion global taxi industry. After all, this heavily regulated sector had seen little innovation over the prior century, leaving customers to cope with an expensive, inconvenient service that rarely seemed available when most needed. Enter Uber, who incorporated widely available technologies – GPS, Google Maps and mobile computing – into a well-designed app to create a customer pleasing, smartphone-enabled urban transportation service.