Autonomous cars won’t happen without tons of data, but Tesla and Waymo have a big head start

There’s a race happening right now that stretches from Silicon Valley to Detroit and back: who can make a self-driving car that behaves better than a human driver? It’s a far harder task than it sounded even a few years ago because human drivers know a lot — not just about their cars but about how people behave on the road when they’re behind the wheel. To reach that same kind of understanding, computerized cars need lots of data. And the two companies with the most data right now are Tesla and Waymo.

Both Tesla and Waymo are attempting to collect and process enough data to create a car that can drive itself. And they’re approaching those problems in very different ways. Tesla is taking advantage of the hundreds of thousands of cars it has on the road by collecting real-world data about how those vehicles perform (and how they might perform) with Autopilot, its current semi-autonomous system. Waymo, which started as Google’s self-driving car project, uses powerful computer simulations and feeds what it learns from those into a smaller real-world fleet.

It’s possible — and proponents certainly claim — that self-driving technology would lower the number of yearly deaths in the US that result from car crashes, a staggering 40,000 people. But there’s also a huge financial incentive to apply all this data-driven tech to the road as quickly as possible. Intel believes autonomous vehicles could generate $800 billion per year in revenue in 2030 and $7 trillion per year by 2050. Last summer, Morgan Stanley analyst Adam Jonas said in a note that data might be more valuable to Tesla than something like the Model 3. “There’s only one market big enough to propel the stock’s value to the levels of Elon Musk’s aspirations: that of miles, data and content,” he wrote in June. 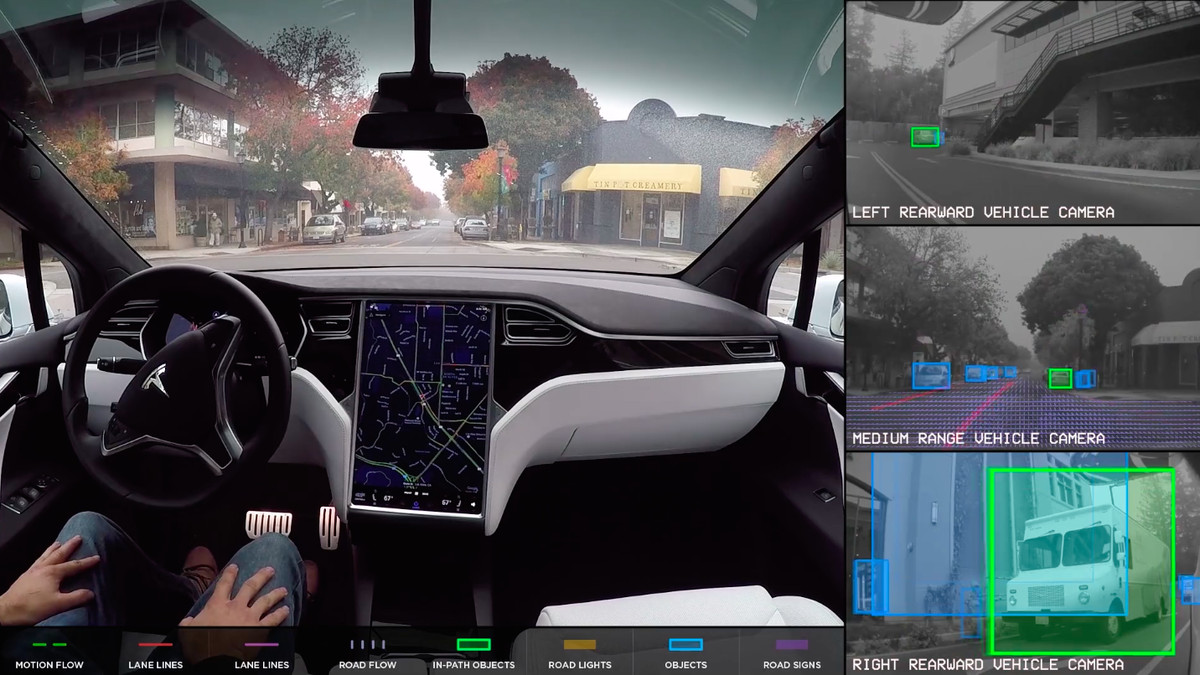 Tesla is developing towards autonomy by using customer-owned cars to gather that all-important data. The company has hundreds of thousands of customers, many of whom use Autopilot on streets around the world every day, and Tesla — according to its privacy policy— collects information about how well the feature performs. It’s a familiar strategy for anyone who’s followed another of Elon Musk’s companies: SpaceX. Musk has quietly tested equipment on real rocket launches and even sold some of the company’s test launches.

It’s hard to pin down exactly how many miles of data Tesla’s gotten from Autopilot because the company doesn’t make many public statements about it. In 2016, the then-head of Autopilot told a conference crowd at MIT that Tesla had logged 780 million miles of data, with 100 million of those miles coming while Autopilot was “in at least partial control” according to IEEE Spectrum. Later that summer, Musk said that Tesla was collecting “just over 3 million miles [of data] per day.” As of last July, though, the total number of fleet miles driven had jumped to 5 billion. As Tesla sells more cars, the amount of data that can be collected increases exponentially.

Commentaires sur HOW TESLA AND WAYMO ARE TACKLING A MAJOR PROBLEM FOR SELF-DRIVING CARS: DATA