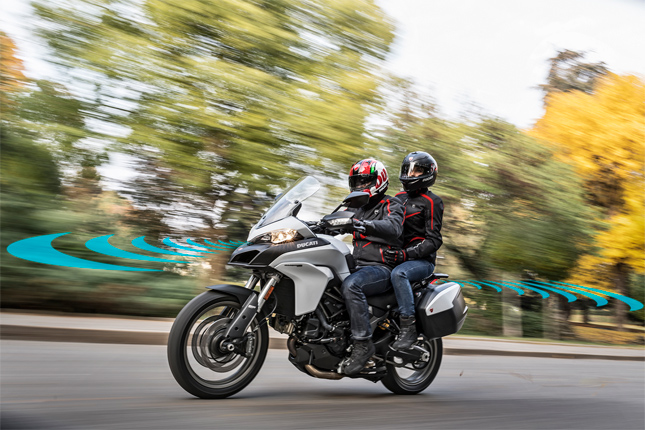 The world is becoming unpredictable. It's not just the constant worry of future, which disturbs my sleep nowadays, but also the upcoming intervention of robots in our everyday lives. Soon we will be facing the dawn of automation era, our computers, our cars, our toasters will have a brain of their own which will judge what is right for us. For everything in the world, I am ready to have an automation, because the fewer decisions I need to make for myself, the better. Still, there are some things which will never become automated, our beloved motorcycles are one of those things. They will become safer and environmentally friendly over time but not “boring” because there will always be some amount of skill required to ride them.

Ducati has taken a step in the same direction by pledging to offer world’s first “Advanced Rider Assistance System” by 2020 for motorcycles. In cars, such a system is already a reality and is known as the same but with “Driver” instead of “Rider”. What is this system all about? The answer is that nobody knows exactly what it's going to be. Although, judging by the safety features on the above-mentioned cars, we can figure out what the “Rider” version will bring to the table.

In cars, this system functions as an alarm when you’re trying to reverse your vehicle from the driveway onto the main road. Since Motorcycles don’t have a reverse gear (generally) so this feature is pretty much useless for them.

Many times riders fall off of their motorcycles in bumper to bumper traffic due to sudden braking from the front vehicle. In such a scenario, the above-mentioned system is useful, not only can it protect you from accidentally hitting your brakes too hard and losing balance but also in those cases when you’re looking somewhere else and suddenly realize that there is a truck standing in front of you.