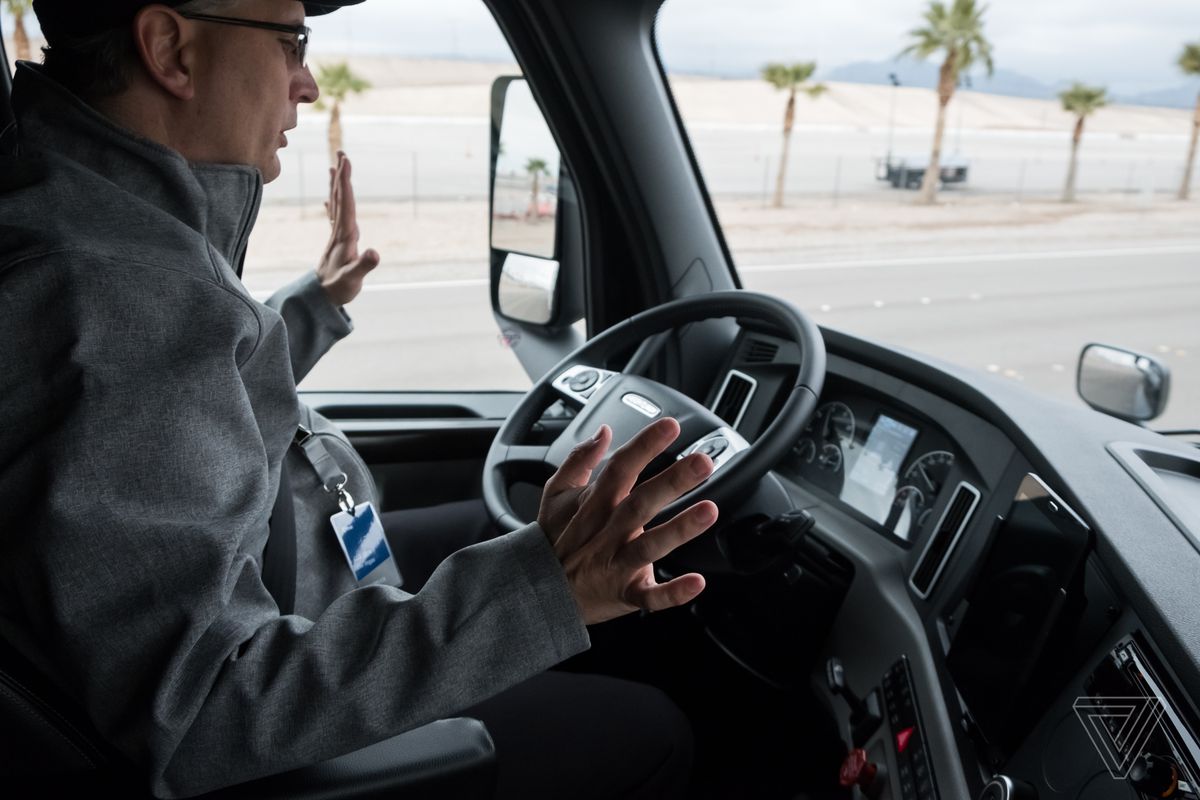 Elon Musk told the world in late 2017 that Tesla was taking its automotive know-how and applying it to a totally new challenge: self-driving big rigs. But one year later, he placed the Tesla Semi fourth on a list of priorities for the company, behind the upcoming Model Y compact SUV and an electric pickup truck. This week, Daimler executed a move many years in the making by announcing its own big rig (albeit diesel-powered) outfitted with semi-autonomous technology. And others are following suit.

The German automaker also committed to manufacturing the truck this summer, with deliveries scheduled for later this year. It pledged 500 million euros over the next few years to the continued development of an autonomous big rig, and said it has hired hundreds of employees to move the tech forward. And just like it did when it unveiled the prototype version in 2015, Daimler gave us a ride in the truck to get a taste of what the near future of trucking will look like.