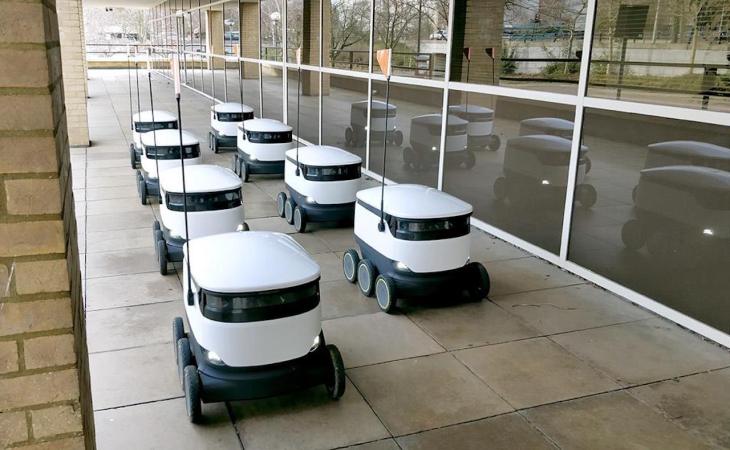 Starship Technologies, which was launched in 2014 by Skype  co-founders Ahti Heinla and Janus Friis,  has been ramping up commercial services in the past year, including a plan to expand to 100 universities by late summer 2021.

Now, with the COVID-19 pandemic forcing traditional restaurants to close and placing more pressure on gig economy workers, Starship Technologies has an opportunity to accelerate that growth.

Tempe isn’t the only new areas added amid the COVID-19 pandemic. Starship added a grocery delivery service in Washington, D.C in late March and expanded to Irvine, Calif. It also expanded its service area in Milton Keynes, U.K., where it has been operating since 2018. The company said it plans to add more cities in the coming weeks.

“The demand for contactless delivery has expanded exponentially in recent weeks,” Ryan Tuohy, who heads up business development at Starship Technologies, said in a statement. “We’re looking forward to serving the Tempe community as more people are looking for ways to support local businesses while spending more time at home. Our robots are doing autonomous deliveries in five countries and we’re grateful that our robots can make life a little bit easier for everyone.”

The autonomous robots, which can carry up to 20 pounds, could find a new customer base as people seek ways to get groceries and food without having to visit in person. Users place their order via the Starship Deliveries app and drop a pin where they want the delivery sent. The robot’s progress can be watched via an interactive map. Once the robot arrives, users receive an alert, and can then meet and unlock it through the app. The robots, which can cross streets, climb curbs, travel at night and operate in both rain and snow, are monitored remotely by Starship. Human operators can take control of the robots if needed.

In Tempe, the delivery service will initially employ more than 30 autonomous, on-demand robots between 10:30 a.m. and 8:30 p.m. daily in a geofenced area that includes several restaurants and a residential area. The service area is located about two miles from Arizona State University . Local residents are able to use the app to order from three restaurants, including Fate Brewing Company, Tempe City Tacos and Venezia’s Pizza of “Breaking Bad” fame.