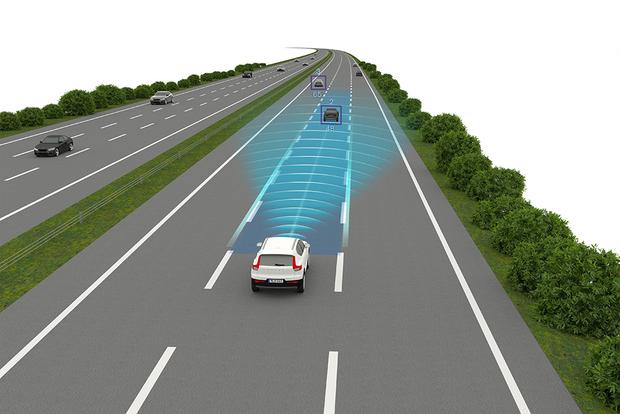 There's no doubt about it: autonomous cars are coming. And while fully autonomous cars are undoubtedly still a few years away, several automakers are rolling out semi-autonomous systems that are getting ever closer to the idea of jumping inside the car and letting it take over from there. The seven systems we've listed below -- all of which are out right now or are coming out very shortly -- represent the best in autonomous driving technology you can buy today, even if they don't quite let you sleep or watch TV while you're cruising down the road.

Expected to be out late this year or early next year in the Audi A8 sedan, Traffic Jam Pilot isn't a fully autonomous or automated technology that's designed to be used in all cases, but it's a system that can take over driving where you (likely) desire autonomous technology the most -- in heavy traffic. Functional below 60 kilometers per hour (around 37 miles per hour), the system can steer, accelerate, brake and even come to a complete stop and start up again so you don't have to constantly move on and off the brakes and make minor adjustments to the steering wheel as you sit in bumper-to-bumper traffic. No word yet on whether you have to keep your hands on the wheel (or periodically touch the wheel) in order to keep the feature active, like some other systems.

Much like Audi'sOpens a New Window. Traffic Jam Pilot system above, BMW'sOpens a New Window. Traffic Jam Assistant isn't a fully autonomous system to be used at all times, but rather a semi-autonomous feature that takes away some of the monotony of sitting in heavy, bumper-to-bumper, stop-and-go traffic. When you're in such a setting (at very low speeds), Traffic Jam Assistant can take over all steering, braking and accelerating, meaning you no longer have to actually carry out the mind-numbing tasks of stop-and-go driving. Unfortunately, Traffic Jam Assistant generally requires you to keep your hands on the wheel, even if it's doing the steering and working the pedals.

Tesla'sOpens a New Window. Autopilot system is the closest thing to autonomous technology, aside from Cadillac's Super Cruise. When Autopilot first debuted, drivers could leave their hands off the steering wheel for long periods of time -- but government regulations have limited that capability, and drivers now must make contact with the wheel every minute or two to let Autopilot know the driver hasn't climbed into the back seat to take a nap. Still, when your hands are off the wheel, Autopilot does it all: It can slow down, speed up, change lanes and negotiate most corners and curves, even when road lines aren't tremendously reliable.