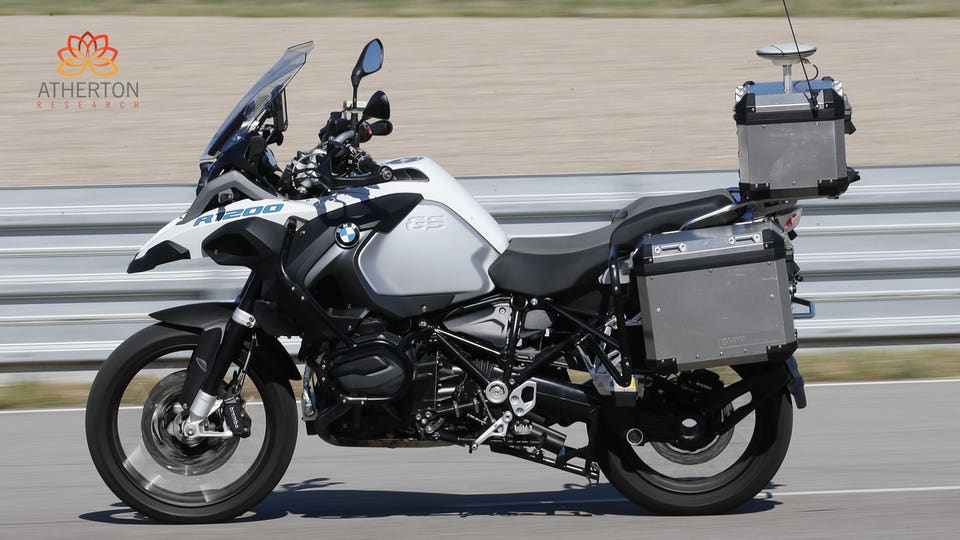 BMW unveiled the first driverless motorbike, based on the best-selling BMW R1200 GS model that can... [+]

Developed by graduate engineer Stefan Hans and his team, the driverless motorcycle independently drove off, accelerated, circled a winding test track and independently slowed down to a complete stop.