The autonomous car space is getting more competitive !

The autonomous car space is getting more competitive ! 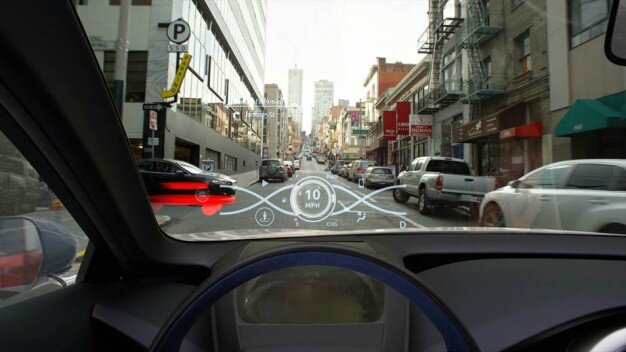 The autonomous car space is getting more competitive, with Google no longer the only player. Google recently admitted that its self-driving cars have been involved in 11 accidents in the past six years, but said all collisions were caused by other drivers.

Last week, German automotive company, Daimler announced its autonomous 'Future Truck' would be driving itself into real traffic. The Ministry of Transport and Infrastructure in Stuttgart, Germany has given the company permission to bring its autonomous 18-wheeler rigs onto the motorways in the state of Baden-Wuerttemberg.

Sony CEO said his company is not ruling out entering the automotive market, potentially joining the likes of Google on the global autonomous car playing field.

Last month, Nokia sold its 'Here' maps for €2.8 billion to Audi, BMW, and Daimler, with each party taking an equal share. The car manufacturers said they acquired Here maps to obtain technology that will help them develop new assistance systems and fully autonomous driving

Originally, Uber was toying with the idea of teaming up with Chinese web giant Baidu to secure the mapping business, having already acquired a series of mapping assets from Microsoft Bing to work on its own vehicle projects.

Earlier this year, Japanese car manufacturer, Nissan, said it will have road-ready autonomous cars by 2020.

CEO Carlos Ghosn said Nissan is not pursuing the same goal as Google, with the company's focus on driver assistance and enhancement rather than the removal of control from a typical driver. Ghosn said Nissan may end up with a driverless car, but that is not the automaker's aim.

In June, Ford said it was moving its autonomous driving technology research plans upward to a full-scale advanced engineering program, and Hyandai is also pushing for commercial self-driving cars by 2020. Meanwhile, General Motors said it is open to the idea of collaboration with Google on developing autonomous vehicle technology.

Locally, the South Australian government, together with the national independent road research agency ARRB Group, announced in July that driverless cars will be tested on Adelaide roads in November 2015.

As part of the ARRB's Australia Driverless Vehicle Initiative, the independent agency will run trials and demonstrations on the Southern Expressway at Tonsley Innovation Park, and at Adelaide Airport to test the self-driving and self-parking functionality of the newly released Volvo XC90.

New Zealand's Transport Agency is commissioning a study of the country's technical readiness for the deployment of automated vehicles, including the state of digital mapping and networks required to enable operation.

The operation will include both level 3 and 4 autonomous vehicles. Level 3 vehicles will enable the driver to take full control of the vehicle under certain traffic or environmental conditions, and to rely heavily on the vehicle to monitor for changes requiring transition back to driver control; whilst level 4 automation anticipates the driver will provide destination or navigation input, but the vehicle can be unoccupied.

Commentaires sur The autonomous car space is getting more competitive !