If you told me a few years ago that in next 10 years we would have flying cars, I would have dismissed it as pure fiction. I have to say given the maturity of drone technology, advent of autonomous vehicles and giant strides we are making in AI, I believe we will see first applications of flying vehicles for recreational activities in the next five years. The flying car, which was confined to movies such as Back to the Future, and TV shows like the Jetsons, is all set to take a leap into the realm of reality.

Flying cars have always fascinated us and attempts to build a fully functional vehicle, dates back 100 years to 1917, when the Curtiss Autoplane was built. Yet, the absence of requisite technologies and technical expertise has plagued developers, which made a fully functional flying car an unreachable mirage, until now. However, the availability of cutting edge technologies today more than ever before, makes some form of flying cars transport a distinct possibility in the near future. In the past five years, at least eight companies have conducted their first flight tests and several more are expected to follow suit, which is indicative of the frenzied activity in this space.

There are over 15 start-ups, globally, that are actively involved in building a future flying car, by my firm's count. The majority of these companies are based in the United States, however, there are participants from a host of other countries including the UK, France, Germany, Russia, Slovakia, Israel, Russia and Japan. Companies such as PAL-V, Terrafugia, Aeromobil, Ehang, E-Volo, Urban Aeronautics, Kitty Hawk and Lilium Aviation, have completed at least one test flight of their flying car prototypes. PAL-V has gone a step further and initiated the pre-sales of its Liberty Pioneer model flying car, which the company aims to deliver by the end 2018. 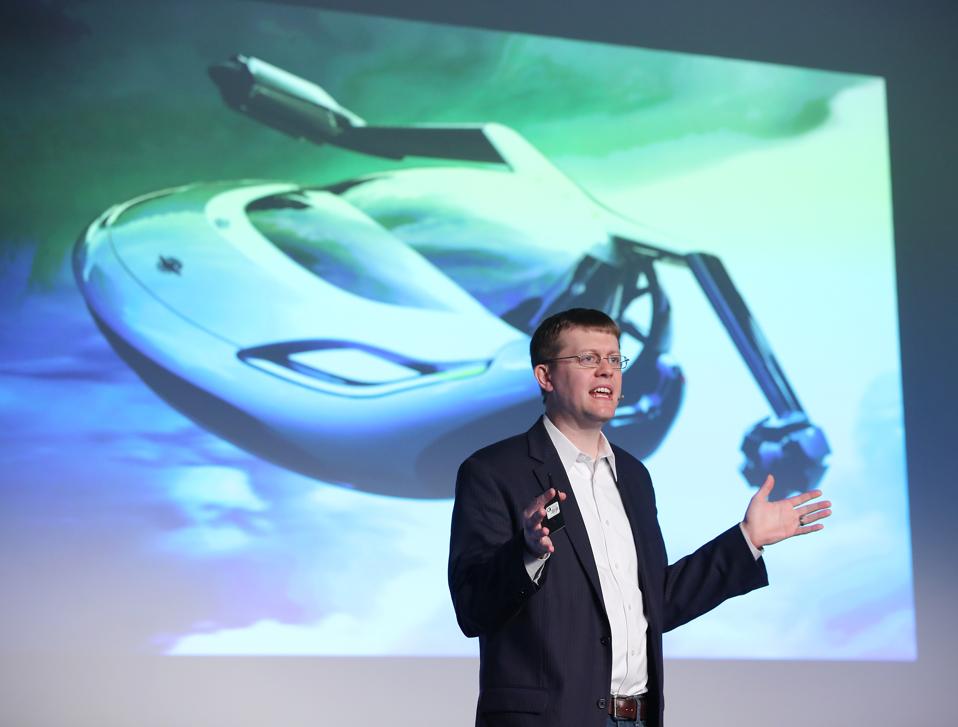 Apart from flying car start-ups, giants from a range of different industries have also entered into the flying cars market. These companies bring with them funds, technical expertise and the much needed momentum to accelerate the process of building commercially viable flying cars. Recently, Uber launched the ‘Uber Elevate’ program, which is meant to act as a catalyst to make flying cars transport a reality by creating synergies between government agencies, vehicle manufacturers and regulators. Other technology giants such as Google and Skype have also entered into the flying cars fray, through investments in start-ups such as Kitty Hawk and Lilium Aviation respectively.

In addition, aerospace colossus Airbus has teased the market by unveiling three different flying car concepts. The company plans to test Vahana, their personal mobility flying car by 2018, and also has aims to build a mass transit flying vehicle as part of its long term air transport strategy. Furthermore, the company showcased an air drone powered flying car at the Geneva Motor Show, which it plans to develop in collaboration with Italdesign.

It will be interesting to see what the first applications of flying vehicles will be. Although the ultimate goal of manufacturers is to address the issue of personal mobility, commercial applications are expected to commence through recreational activities in the form of what could be termed as a single seater flying scooter. From flying vehicle rides in amusement parks, aerial sightseeing of landmarks, to a star attraction at events, the recreational potential of flying vehicles is limitless. In fact, a flying car funded by Toyota, called the SkyDrive is expected to be used in the the lighting of the Olympic flame at the Tokyo Games in 2020. Germinating from recreational purposes, the commercial application of flying cars is expected to gradually spread to military, surveillance and air emergency response services. Flying cars in the military can be used to make border patrolling more efficient, helping soldiers traverse difficult terrains, counter ambushes and enable swifter emergency evacuations. Flying cars can also create opportunities for law enforcement agencies by offering them the capability to aerial patrol crime prone and high security installation areas.