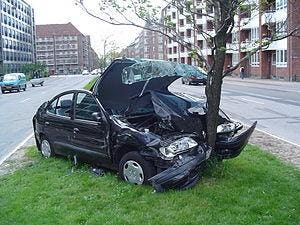 This is almost like dispelling an urban myth, only it’s about car insurance. Specifically, it’s the notion that "safe" drivers – those having unblemished driving records – always pay lower premiums than accident-prone motorists.

In fact just the opposite can be true among poorer and less-educated drivers, according to a recent investigation of car-insurance policy pricing conducted by the Consumer Federation of America in Washington, D.C. After looking at policy quotes extended to hypothetical motorists in 12 cities, the CFA found that out of the 60 cases studied, two thirds of the quotes were higher for drivers with clean driving records than for better educated and more-affluent motorists who had been responsible for an accident. In three-fifths of the case, the rates given were more than 25 percent higher for the accident-free motorists.

So much for those safe driver discounts touted so heavily in car insurance ads, right?

Why the discrepancy? The CFA blames auto insurance companies for basing their rates – at least in part – on factors that have little to do with one’s driving record, including a motorist’s level of education, occupation and lack of continuous insurance coverage.