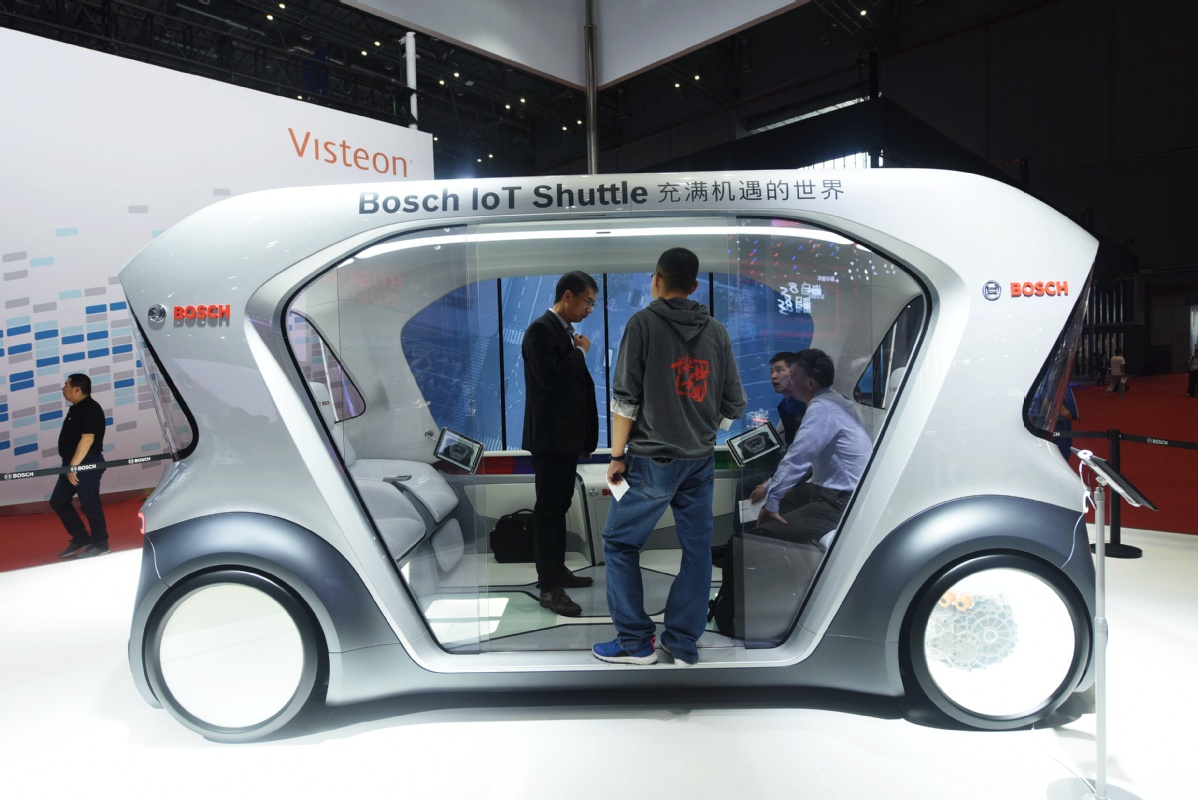 Private autonomous vehicles will not hit public roads soon because of safety and cost, according to a senior executive at leading supplier of technology and services Bosch.

"It still has a long way to go, 2050 will be too far away. But not in 2022 or so, like some others say," said Peter Tyroller, a Bosch board member responsible for Asia Pacific, in an interview with China Daily last week.

Tyroller said it will take some time for the system to be ready. The software and hardware, including sensors, are highly expensive, which excludes private use in the short term.

"Who will be willing to pay 60,000 to 70,000 euros more for a car that has autonomous driving? Commercially, it does not make a lot of sense. Of course, some people can afford it. But it would not be a mass market," he said.

Tyroller said autonomous vehicles might be a little cheaper in China because of smart infrastructure, but the development will still take time. Their use will first be in some designated situations, like industrial parks or ports.

Before driverless vehicles become commonplace, advanced driver-assistance systems, or ADAS for short, that offer a lower level of autonomous driving will be a major application.

Bosch China will offer Level 2 solutions to around 40 vehicles of different brands in China this year.

Tyroller said Chinese brands have shown more interest in such features as their customers are more open to new technologies.

Later in 2019, to bolster its presence in China for new energy and more efficient powertrains, Bosch is going to establish a fuel cell technology center in Wuxi, Jiangsu province.

It will also expand the Wuxi plant to produce ultrasonic radars. The company has started to produce components for new energy vehicles, including the iBooster, 48-volt batteries and the e-axle, since last year in China.