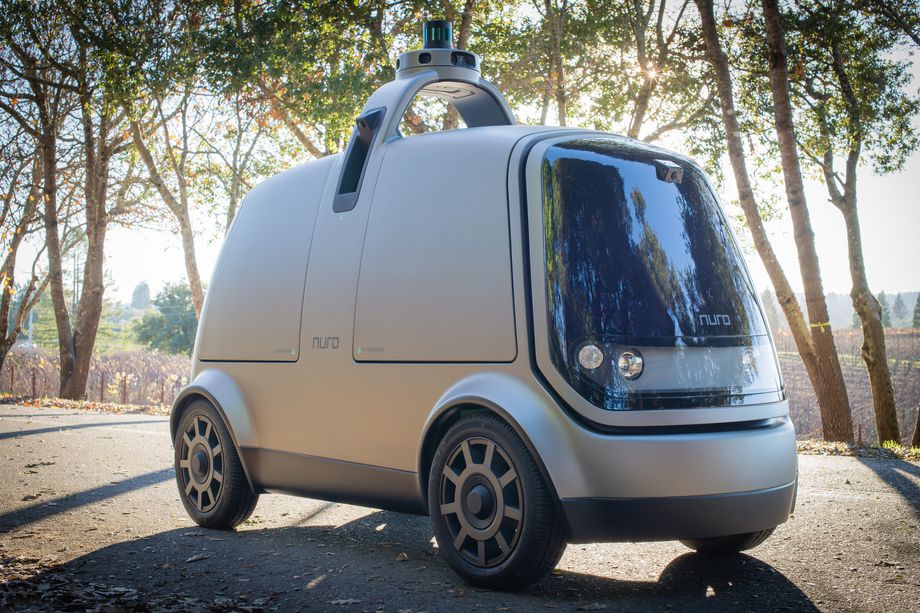 A new startup that proposes a different spin on autonomous transportation came out of stealth today. The company, called Nuro, was founded by two former lead Google engineers who worked on the famed self-driving car project. Unlike the plethora of self-driving startups out there, Nuro isn’t focused on reconfiguring robot taxis or autonomous trucks, but on designing a new type of vehicle altogether.

Nuro is focused on deliveries, specifically the kind that are low-speed, local, and last-mile: groceries, laundry, or your take-out order from Seamless. The startup thinks that automating these services could help shoulder the sharp increase in last-mile deliveries, while also reducing traffic accidents and boosting local businesses who are looking for ways to thrive and compete in the age of Amazon.

And their timing couldn’t be better. The converging trends of robotics, self-driving cars, and e-commerce are leading to an explosion of interest in the last-mile delivery challenge. Consumers are ordering more items online than ever before, and there is a growing expectation for shorter and shorter delivery windows. A recent study by McKinsey put the global price tag of last-mile delivery every year at around $86 billion, with staggering year-over-year growth rates.

While it works out the kinks in its drone delivery project, Amazon is also considering using self-driving robots, having just filed a patent for an autonomous ground vehicle. Toyota unveiled its bizarre “e-palette” concept at CES this year. Meanwhile, Starship Technologies has sidewalk-only delivery robots making trips in California, Washington, DC, Germany, and the UK. Last year, Ford Motor Company teamed up with Domino’s to deliver pizza via a self-driving car. And later today, a Northern Californian startup called Udelv is demonstrating what it calls “the world’s first public-road autonomous delivery test,” in which a self-driving van (with human safety driver) will deliver goods from the high-end Draeger’s Market chain in the Bay Area city of San Mateo.