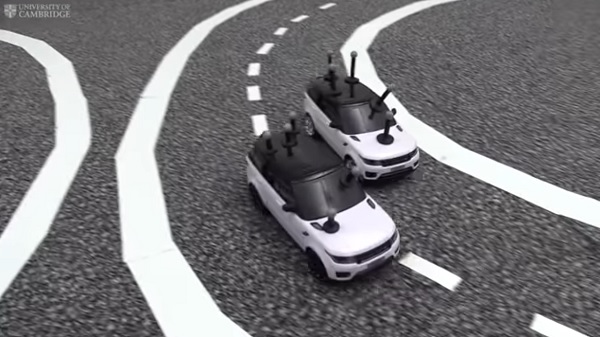 The researchers from the University of Cambridge are observing how the traffic flow changed when cars are working together. For this the researchers have programmed a small fleet of miniature robotic cars to drive on a multi-lane track.

However, when the cars were communicating with each other and driving cooperatively, as soon as one car stopped in the inner lane, it sent a signal to all the other cars. Cars in the outer lane that were in immediate proximity of the stopped car slowed down slightly so that cars in the inner lane were able to quickly pass the stopped car without having to stop or slow down significantly.

Additionally, when a human-controlled driver was put on the ‘road’ with the autonomous cars and moved around the track in an aggressive manner, the other cars were able to give way to avoid the aggressive driver, improving safety.