Yandex, the "Google of Russia," showed up at CES with a bold demonstration of what a Moscow-trained robot car can do. 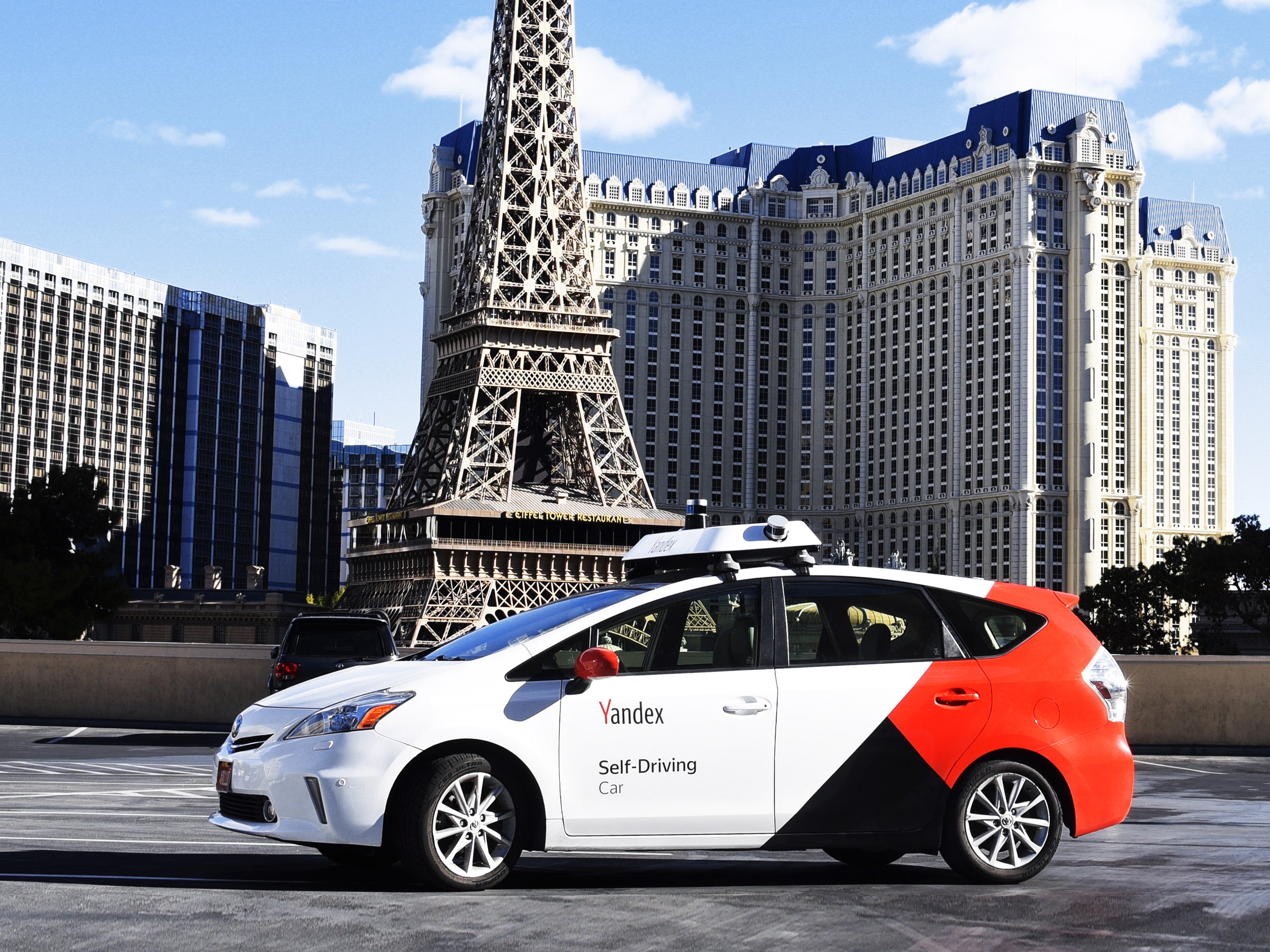 I BUCKLE MY seat belt, and then double-check it after I climb into the back of a white, black, and orange Toyota Prius V wagon. I’m tense, but the two engineers, one in back with me, the other riding shotgun, seem reassuringly relaxed.

We roll forward, turning right out of the parking lot at the Hard Rock Hotel, and head into the streets of Las Vegas—with nobody in the driver’s seat. Soon, the car is merging into traffic at 40 mph, the steering wheel spinning and the turn signals flicking on and off on their own. I’ve witnessed plenty of self-driving demonstrations, some of them here in Vegas, but never one without a human holding their hands over the controls, poised to brake or swerve if the computer struggles.

“The first time with nobody behind the wheel, it’s a different experience,” says Dmitry Polishchuk, head of autonomous driving for Yandex, who’s sitting next to me. “But at some point you stop paying attention.”